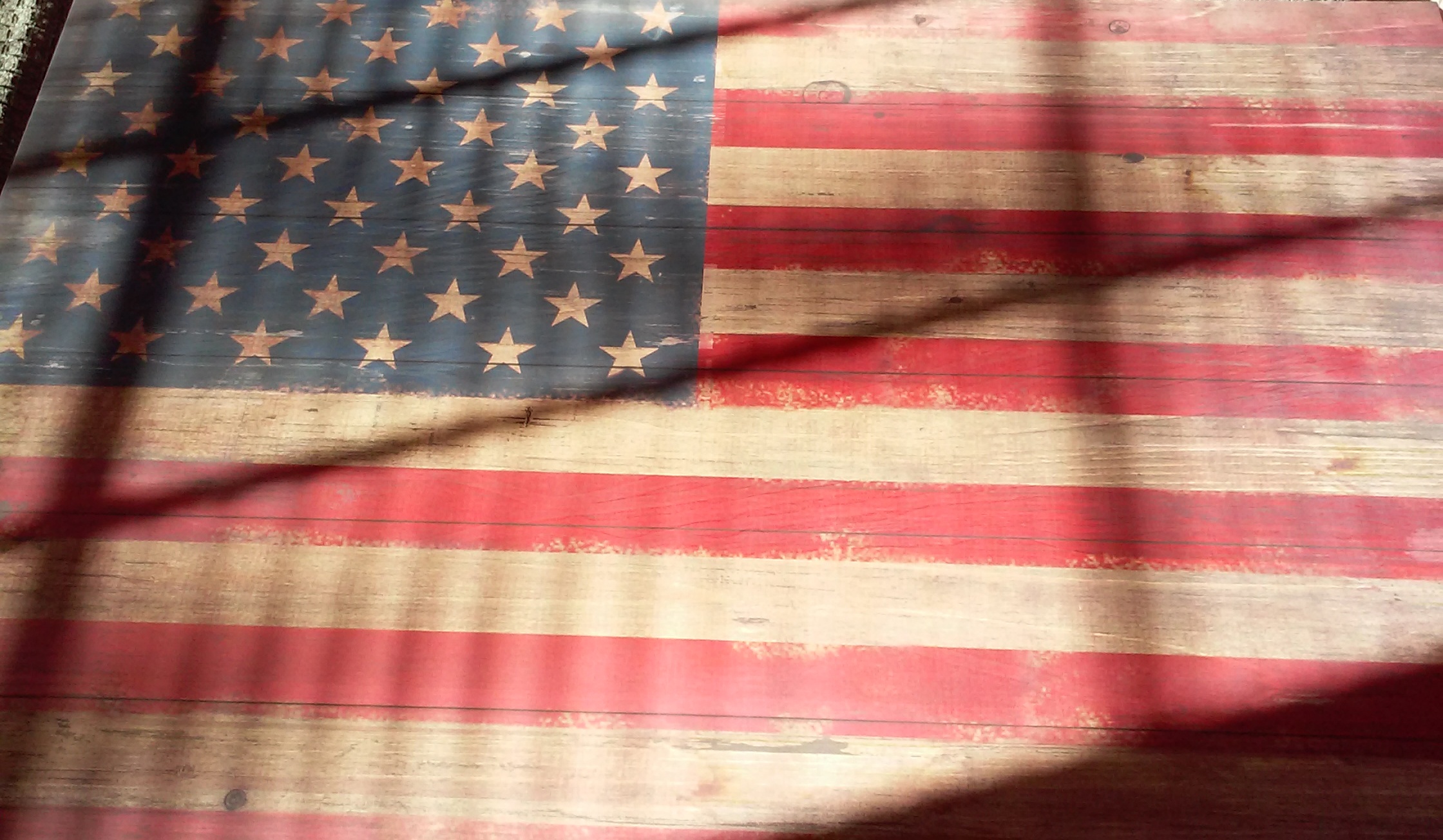 Several months ago I found this amazing specimen of patriotic folk art at a discount store and brought it home. I’ve still not found a suitable place to hang it on the wall so it’s living against one wall of the dining room.

I haven’t hung it, but I sure did snap it! Truth be told, taking shots of it was my aim from the beginning. It may never adorn my wall but I’ve made it into four or five photos that occupy a special place within my patriotic heart. For this one, I laid the flag on my futon while the light was streaming in from the bedroom window.

One of the more clean, simple results of that shoot has been featured here on my blog before this; that post is called You’re a Grand Old Flag and was posted on July 4th of this year. This shot is just a bit more artsy; I thought the way the shadows lay across Old Glory made for a good photo. The shoot produced more than those two pics but I’ll stick with these two for now.

I hope you’re doing well today as we reach the 1st of September. Labor Day is right around the corner. It’s not autumn yet, but we’re awfully close. It is, without a doubt, my favorite time of year. A lot of photo opportunities and a lot of good sports going on. Ah, but those are topics for other posts on other days.

I hope you like this flag-futon foto. The American flag wall hanging, residing on my futon with beams of light from the bedroom window cascading over its surface.

← Shelby Turnier on Instagram: “So I grew up a little today. I’m so excited to start this next chapter as an assistant coach at UNF!”
It’s September 1st and I’m Thinking About… →