USA  players are about to make a big “we won the Gold!” dogpile in the above photo

Our womens’ hockey team prevailed in the Gold Medal game at 3 AM today and Bulldog saw the last hour of it! Including an overtime period and that INSANE shootout that won it for us!

If you’re not a hockey fan, know that I do cover some of the bigger sports stories here, especially ones like this that fit into larger stories. This game was nuts! Truly it was.

Beating the Canadians is tough in any Olympics or World Championship; this time the stakes were higher because of how they barely edged by us in the 2014 games for the gold. In fact, many are saying that today’s game felt eerily like that one four years ago.

These Winter Olympics have been fun to watch. I’ve seen less than I’d like but have greatly enjoyed what I’ve been able to see.

And for me, this game was the cherry on the top of a yummy Olympic Sundae!

It was exactly one week ago that gunman Nikolas Cruz opened fire at Marjory Stoneman Douglas High in Parkland, Florida. Unless you’ve been living under a rock lately, you no doubt know that seventeen students and teachers were killed and 14 more were taken to hospitals.

There are thousands of stories on the subject, of course. I don’t really have anything to add. I do, however, want to make an observation or two about some of the political fallout.

Students from M.S.D. High have been on a highly-visible crusade since the shooting stopped to get our elected officials to do something about our non-existent gun laws. And in the last three or four days, students from many other places have begun to join in.

That’s been very inconvenient for our Rethuglican legislators and Governors. And for their NRA masters who fund all those reelection campaigns.

High school students know that  politicians literally don’t care whether they live or die. They can see–it’s been crystal-clear for a very long time–that every last GOP elected official, whether in State houses or in Washington, will toe the NRA line to the last detail even if their own kids were cut down in the hallways at Hometown High.

The students see this and they don’t like it.

It should surprise no one that a tipping point has come, and the kids who have dodged bullets and watched friends bleed out are ready to do something about the whole sick situation. Even if the corrupt, uncaring people who are elected to represent them are not.

Poor Rethuglicans. They don’t know what to do.

They’re just trying to mouth the right sentiments, vomit up the talking points handed to them by their PR consultants and hope it’s going to stop.

No, not the shootings. The protests.

They won’t get after they’re turned out of office by voters of all ages, backgrounds and party affiliations. But that’s how this chapter in the never-ending saga of gun violence in America will end.

This chapter. There will be many others, of course.

Kids know that their lives matter less to our decision makers than NRA dollars. Less than gun industry profits. Less than holding fast to this recent interpretation of the Second Amendment that any citizen can own and parade around with any weapon of their choosing. Even military-grade weapons that are designed for the express purpose of killing a lot of people in a short period of time.

I don’t expect them to do anything about it as a result of students’ protests.

I expect that we’re going to get a lot of new legislators. Soon.

Right after the mid-term elections coming up on the 6th of November.

For the last two days, I’ve had the feeling that the Universe is screaming that message to me.

One of the things I do to help me cope when I’m dying to get away but can’t is to look back over some photos of trips past.

I actually does help. A little.

So the Featured foto is one I like. Seeing it is not the same as being at the shore and listening to the waves coming in.

If you need to get away, if you’re fed up with seeing the same four walls, just do it.

Sneak out if you have to.

Call out from work if there’s no other way.

Longing mightily for the shore, I am,

Just a quick follow up from that earlier post today about National Drink Wine Day here…  I did go with a Pinot Grigio. Yeah, it’s a cheap one. But I still get credit for commemorating this awesome day!

I’ve never been the kind of guy to leave out an important detail!

Enjoying the occasion just a tiny bit too much, I am,

I’ll bet most of you didn’t know. I’m happy to do my part to let you know about really important things like National Drink Wine Day. It’s what I do. You’re welcome!

This evening, after work, I’ll do my part to celebrate this momentous occasion.

If you pull your weight, I won’t have to drink an extra glass to compensate!

Whether you imbibe or not, I hope this Sunday is  fine day for you; I’ll be checking in again in the near future with another post of monumental importance!

Took so many shots from that recent visit that it’s hard to process them all. Editing photos is a cool thing, but if you come back with 400+ photos, it’s a daunting task.

Here’s one I like. Just thought I’d get it out there.

I hope your Saturday is going well. I’ve got some good stuff lined up for today. It will get me out from behind the computer and outside!

Today is THEE DAY we celebrate this awesome vegetable! And I must say, that if there wasn’t a day for cabbage, there damn sure should have been!

In all seriousness, I do love cabbage. It’s one of my very faves. Love it a thousand ways…

To commemorate the day this time, I made cabbage, diced tomato, black olive and navy bean burritos. Well, I threw in some onion and green pepper, too. Fabulous!

Fish tacos are another way to get some cabbage in your belly! Too much trouble for me at home, but I’ll be chokin’ down some fish tacos in the very near future, for sure!

Hope you’re having a fine day and that you’re celebrating! Some awesome occasion!

Feeling fine on Nat’l Cabbage Day, I am,

I had a really nice trip to Cocoa Beach recently and have quite a few pix I’m happy with. The next major thing for the blog is to get some of my photos from that hike at the Tosohatchee Wildlife Management area. That’s still on.

And shortly after I get those pix up, I’ll have a bunch ready from the aforementioned beach visit.

For right now, I just have to post with this shot. I’ve never been able to get a cruise ship, a pelican and some of Neptune’s quixotic waves to sync up like they did for this fine foto.

Yeah, it was a moment. The gods of photography were definitely smiling on me at that precise instant.

It’s so true that we’ve got to seize those moments when they come. That’s not a skill I’ve mastered, not by any means. But I’m working on it. And this shot is one of those little signs that I’m making some progress.

Hope you’re enjoying life and focused on making the most of the opportunities that come your way.

I truly did. Baked this skillet bread back around the holidays and wanted to try it again. The only difference is a added 1/4 tsp of Fruit Fresh–basically ground up vitamin C–to help it “live” a day or two longer. A tip from a baking web site.

Not sure how that’s going to work but I do like the way it turned out. Gonna go cut into it and toast some cheese over it right frickin’ now! Just try and stop me!

Hope you’re having a fabulous (Valentines) day and like what you’re eating!

PS: Notice I acknowledged what day it was, but didn’t actually send along an appropriate sentiment; well, if you have a freshly-baked loaf of bread, what would you possibly need a sweetheart for? Just sayin’… 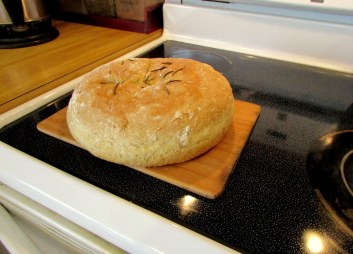 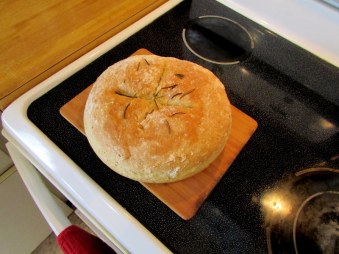 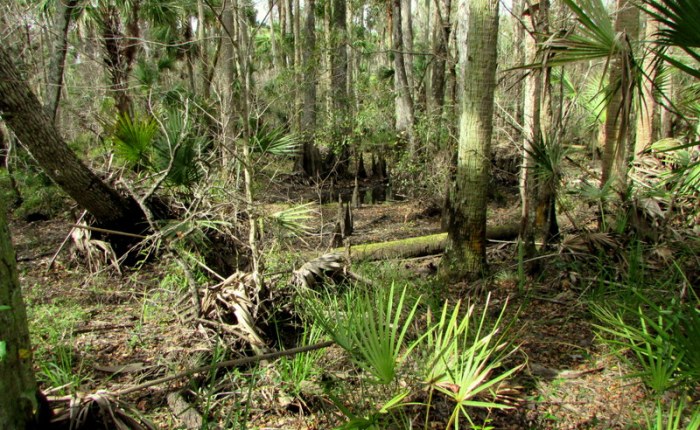 I posted a write up about the recent open house at the Tosohatchee Wildlife Management Area about a week ago. It might have given the outdoor enthusiast a pretty decent feel for what that very cool event was like.

What I didn’t do was post more than just one or two pix about the hike we took. Just a quick post today to let you know that I’m putting together a better post about the hike specifically.

I had a lot of fun and took over a hundred pix on our trek through one of Florida’s natural spaces; soon I’ll have that feature up. Until then, the banner photo is one of the shots I like best.

About Photography, Outdoor Fun, Food, Music, and Other Stuff.
Powered by WordPress.com.