Bulldog Played with Bill and Eli Perras at Will Fest and Had a Ball! 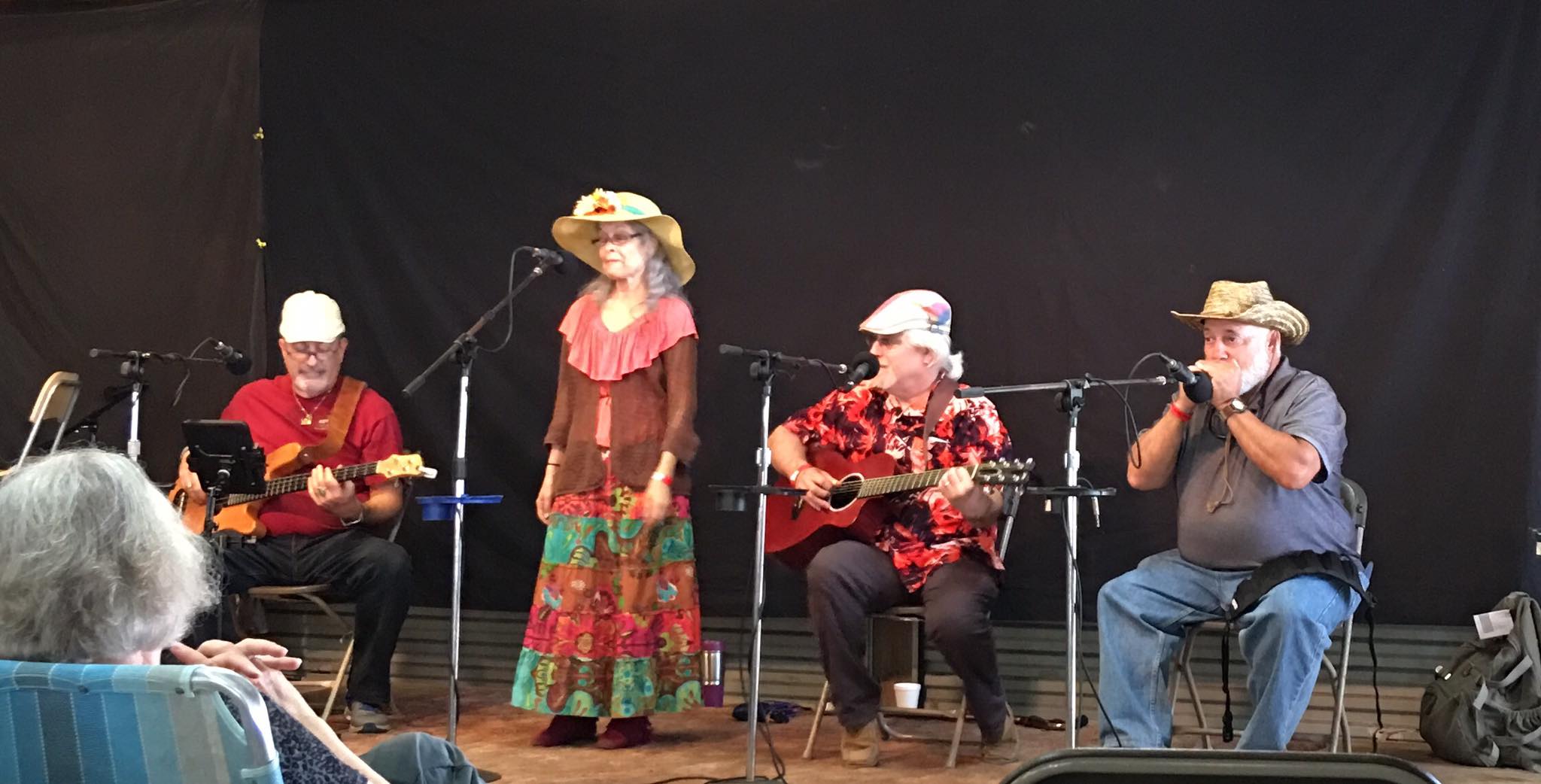 I did indeed get to Brooksville for the 2017 Will McLean Festival, which is often simply called “Will Fest”. It’s always a pleasure to play with Bill and Eli Perras and this outing was a good one.

The Fest was well-attended and the camping was fine. The Sertoma Youth Ranch is a cool spot and I’m definitely planning to go back. I opted for the primitive camping; I usually do fine without hook ups. It was a nice spot. I had one of the very few fire pits and the event had this amazing fire wood vendor who delivered to your site. How cool is that?

And I saw a friend from the First Unitarian Church of Orlando and made a couple of new friends. So much to like about this year’s event!

Here’s the only down side to last weekend’s fun: I didn’t take a single photo. Did not charge the camera’s battery, so I missed out on that opportunity.

The featured photo here was taken by a friend of Bill’s and I’ll do my best to get his/her name so I can give proper credit.

Just one quick thing about the musical part of this cool event that is especially noteworthy to me: I know a lot of players on the folk/acoustic music scene in Florida, but I did see many very, very good performers at Will Fest that were new to me. But one stood out. That would be Mean Mary. If you get a chance to see her live, don’t pass it up. And, for what it’s worth, she’s not really mean. But she is an amazing songwriter and performer.

I’m not able to post a thorough piece on Will Fest right now; suffice to say it was — as usual — a smashing success and I had a good time! Sincerely hope to have the chance to do it again next year.