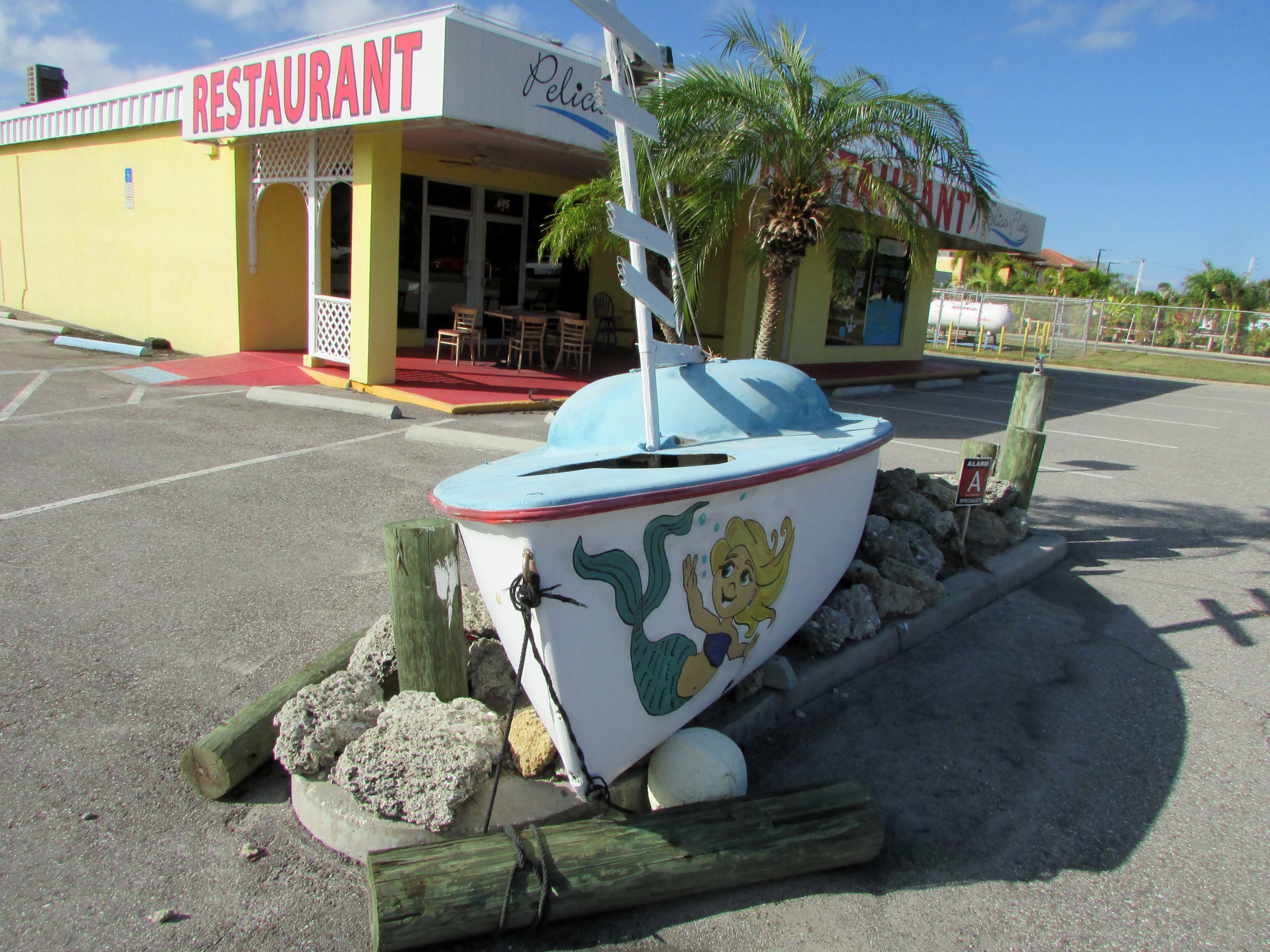 I’ve actually been putting off telling the sad story of the closing of Pelican Flats, a now-defunct Cocoa Beach eatery I liked a lot. But now that another Dunkin’ Donuts is about to open in that same spot, it’s time to stop the foot dragging. Here goes…

As some of you may know, I have very long roots in Orlando but have been making Cocoa Beach my “home away from home” for about six or seven years now. I know the town very well.

As a long-time server and foodie, I’m eating in places all up and down the Sunshine State on a regular basis and love to tell my readers all about some of our noteworthy Florida dining establishments.

Smallish, independent joints are my specialty; I had noticed two that fit the bill in Cocoa Beach located fairly close together on that stretch of A1A just before it splits and you’re headed closer to Minute Man Causeway and the downtown area. (If you’re southbound from the 520 intersection, for example.) Those two places would be Barrier Jack’s and Pelican Flats.

I checked out Barrier Jack’s first. I’ve sampled the wares there twice now and it’s on my A list. I will be posting a write up about BJ’s in the near future. Shortly after, I did stop in for breakfast at Pelican Flats and loved everything about the place.

When I find a new spot like the Flats, it generally follows a familiar pattern. I almost always get one of two fave orders. This is because they’re basic things that are hard for the house to screw up, and so it’s easier for me to compare the quality of the dishes at the new establishment vis-a-vis others where I’ve dined.

They had a skillet or two on the menu and I chose the basic one with the taters on the bottom of the pile, the sausage and cheese in the middle and the fried eggs on top. They called it “The Southern Mess” and it was good. Messy and good. The cook had my over easy eggs just right, none of those “crispy brown edges” that send me over the edge and back to a place like Keke’s where the crew doesn’t commit such culinary sins! Just remember folks: it’s not a crispy edge; it’s a burnt egg!

We were all good at P.F. that Sunday morning! No rejected skillets; no upset patrons!

And as for the service, it was also very good. It’s not always easy to give good, attentive service without crossing that line and becoming a pest, but my crew member did exactly that.

I do pay attention to the design or the look of a place. The concept at Flats was beachy and casual and I think it worked very well. I did not take any photos of the interior, but mon petit bateau perdu that welcomed hungry patrons just before they reached the entry proved to be very photogenic! I loved that little castaway boat and got some good shots of it after Pelican Flats did officially run aground!

By the way, I did return within a week or two of my first and only visit and although my new fave joint was locked tight, nothing inside had been disturbed and there was no sign or note to give customers a clue about what might have been going on. Or what might have not been going on, I suppose might be a better way to put it.  Surprisingly, that went on for at least a month. I don’t have a firm date as far as her closing, but it’s been quite a while.

The construction on the new D.D. on the site began a few months ago. For me it gave a bit of finality to Pelican Flat’s silent, sad and abrupt closing. My thought is that there are Dunkin’ Donuts everywhere, and Cocoa Beach has had one for many years. But diners with a cool and well-executed beach theme, good food and a fine staff are not that easy to find!

Alas, Pelican Flats! You are no more! But the memory of that delicious Southern Mess concoction and that really cool one-off, castaway boat will live in my heart for as long as diners love over-easy eggs and real hash browns! A very long time, indeed! 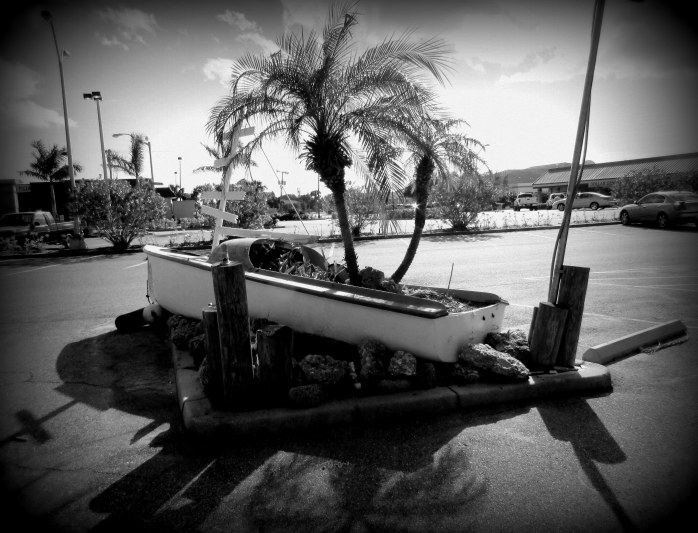 ← Spent a Few Moments at Tom Statham Park in Titusville This Morning
Life’s A Beach! And Then You Go Back to Work… →