Loved the First Day of the 2017 Softball Season, But Those New… 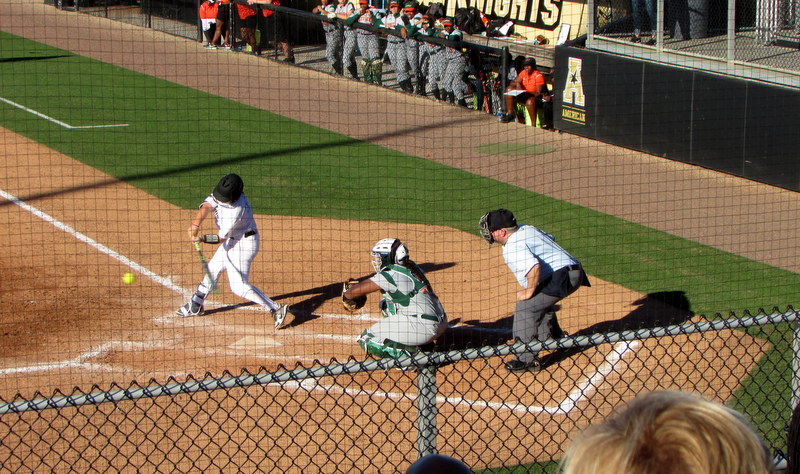 In my previous post I talked about how today was the opening day for collegiate softball all over the nation and how the tournament sponsored by our hometown UCF Knights got it started here in the Central Florida area. I loved at least a thousand things about the start of this year’s season and about our team and the top-shelf tournament they’re hosting.

This ardent UCF fan’s one complaint about opening day was the new uni’s. The “white on white wear” that debuted today was awful. Just awful. The very plain jerseys just look like tee shirts and make one think of a sand lot game where players are actually wearing — their tee shirts. And the blinding whiteness of all white makes it almost impossible to see the players’ numbers. Not good. All sports, pro and collegiate have been sold a bill of goods — literally — and change their look and their unis every season now. Designers and uniform makers’ sales reps love it. Fans not so much.

Now I know that all teams have several sets of unis and I’ll probably see those awesome black on black togs for which the Knights have been well-known for years again this year. But the white on white is awful. My two bits of advice would be scrap those new, boring outfits as fast as you can and next year give the contract to some other sportswear maker.

A team’s look is not a trivial matter. Uniforms, specifically, are a big deal to fans. It’s one of those things in the sports world where a little tradition goes a long way. Folks, if it ain’t broke, don’t fix it!

Strong supporter of UCF Athletics, I am,

P.S.: Let the record show that I also love the white pants with the muted-gold jerseys the knights wear a lot. Good design. Not too plain, not too flashy. Just right.

← Opening Day of the 2017 NCAA Softball Season
They’re Back in Black! →