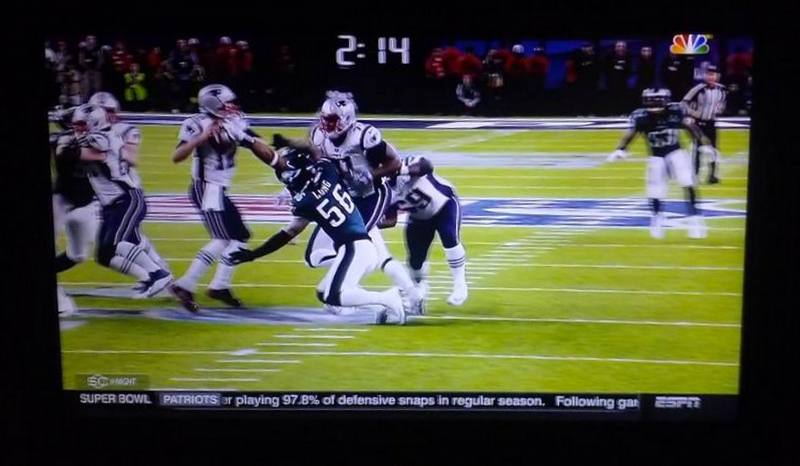 Last night’s 41-33 win by the Philadelphia Eagles in Super Bowl LII came as a bit of a shock to many fans. No, not just fans in New England.

The Patriots were favored to win this one, but Tom Brady fell just a wee bit short with that 4th quarter comeback this time. He threw three TD’s and cracked the 500 yard mark, all to no avail.

Brady’s Hail Mary with no time on the clock took one high bounce off a defender’s hands while Gronk tried in vain to get high enough to pull off a miraculous catch. The ball then thudded to the ground two feet into the end zone.

Just wasn’t gonna happen. I think it was just Philly’s year. I’m a long-time Pats fan, but the Eagles truly deserved it. This was, as you may know, their first-ever win in the BIG one!

Philadelphia QB Nick Foles was the MVP and that was also well-deserved; Nick played well when it counted this season and was smoking hot all through the play offs.

Eagles fans are in the process of celebrating as I write this. Celebrating BIG time!

I think the future for the Philly franchise is quite good, it’s a fairly young team.

The future for Tom Brady and Bill Belichick should be pretty damn good if they both want to keep going. Brady is, after all, on the high side of forty. And when he goes, they both will, most likely. Even Gronkowski hinted that he probably will too, when Tom opts out. Yeah, that part of the post-game interviews was fascinating.

Time will tell. What this dog knows for sure is that last night’s game was Super in every sense of the word. For what more could any fan possibly ask?

Just a bit too full of chips, pizza and beer, I am,

← Fave Fotos: One More from a Summer of ’17 Beach Outing
About the Open House at the Tosohatchee WMA →