Sunrise Diner in Cocoa Beach is the Real Deal 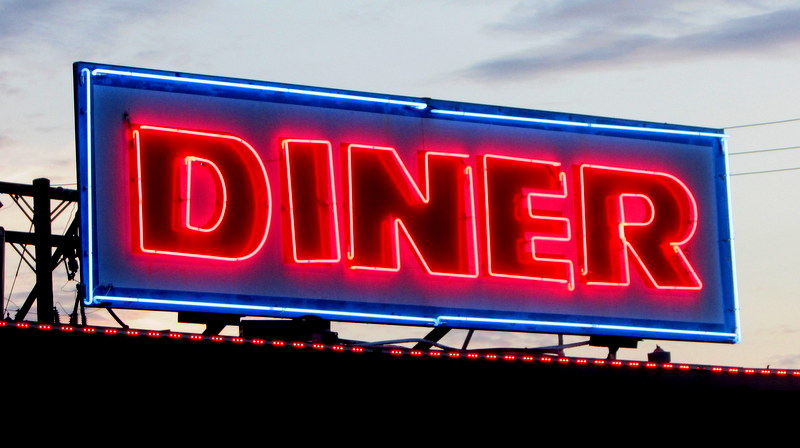 I have loved having breakfast at the Sunrise Diner in Cocoa Beach for about five or six years now. It’s my “go to” spot in Brevard Co. for real food at breakfast-time.

You’ll notice as you approach, that’s it one of those diners. You know, one with a simple and undeniably “old school” look. And yes, they have real food. And a real staff. A few of whom have been around for many, many years.

One of the things that sets the Sunrise apart from other places of its type is that you can–and probably should–eat breakfast, lunch and dinner there. Most diners that live up to the name close around 2:30 in the afternoon. Just SOP for these storied establishments. But this one doesn’t stop seating patrons until 9 PM.

To be honest, I have only enjoyed breakfast here; I’m not a good source on those two other times of the day when Americans usually feel like they have to “fill the tank.” But I have eaten there five or six times and always have a first-rate breakfast, receive very good and personable service and don’t ever feel like I’ve had my pocket picked.

The place hasn’t changed in the six years or so that I’ve been going and it looks as though it’s been around much longer than that. Long-time crew member Wendy told me on a recent visit how long it’s been around and I just don’t remember a number; suffice it to say, they’re far from newcomers.

One of the things I like about the Sunrise is that the breakfast sausage featured there are those over-sized patties that are about the size of a sand dollar. That’s the way this pup likes his sausage in the morning and places that have it are few and far between.

I do know that you’ll find quite a bit of seafood on their menu, and Greek fare is featured prominently as well. I tend to get stuck in a rut at many of my fave eateries but that doesn’t mean you should! And though came as a bit of a surprise to me, their beer selection isn’t bad at all.

Let me close by saying that if you’re anywhere near the heart of Cocoa Beach in the future, especially in the AM, you owe it to yourself to stop at the Sunrise Diner. It’s conveniently located on SR 520, aka Cocoa Beach Cswy, just a block from where 520 meets A1A.

← The Men Who Lead Our Troops Make Clear They’re Not On-Board with tRump’s Embrace of Nazis and Racists
The Cost of a Lifetime Senior Pass to Our National Parks is Going Way Up! →